What is meant by Single Player Mode?

Platform businesses face a unique challenge. When it comes to user acquisition, they have to attract a two-sided audience to enable the success of their product. For an online marketplace, these two sides are made up of buyers and sellers, for the sharing economy, they are made up of listers and renters - and so on.

Achieving the right number of buyers and sellers is called reaching marketplace liquidity, but it’s not as easy as you might think.

There are a few techniques that businesses use to resolve this, one of which is called Single Player Mode.

How does it work?

Single Player Mode is the process of establishing one side of a marketplace (e.g. buyers) before introducing the other (sellers). In the case of ASOS, for example, they launched their retail site in 2000 by selling clothes from established brands (e.g. Topshop) and from their own ASOS brand. Ten years later in 2010, once they had a dedicated buyer-base and a solid reputation in the retail industry, ASOS launched ASOS Marketplace - a platform that enabled independent brands and vintage boutiques to list their products on ASOS.

Another strategy to use Single Player Mode is for a business to launch a B2B offering before opening their product to consumers. Former founder of dental surgery comparison and appointment booking platform, Toothpick, and co-founder of Booxscale Jozef Wallis used this method exactly. Speaking at the latest Founders’ Workshop, Wallis explained that before offering their platform to surgeries and patients, they sold the platform to surgeries. The surgeries then migrated their patients onto Toothpick’s booking platform, enabling Toothpick to both gather users and build trust in their product by default. “When you balance marketplaces, you need allies and you need early adopters - those willing to try a new system,” Jozef explained. Once Toothpick built their early loyal user base through the surgeries, they were in a better position to open up their platform to the wider market.

Is Single Player Mode the way to go?

By focusing on one side of a marketplace, you gain three major advantages: 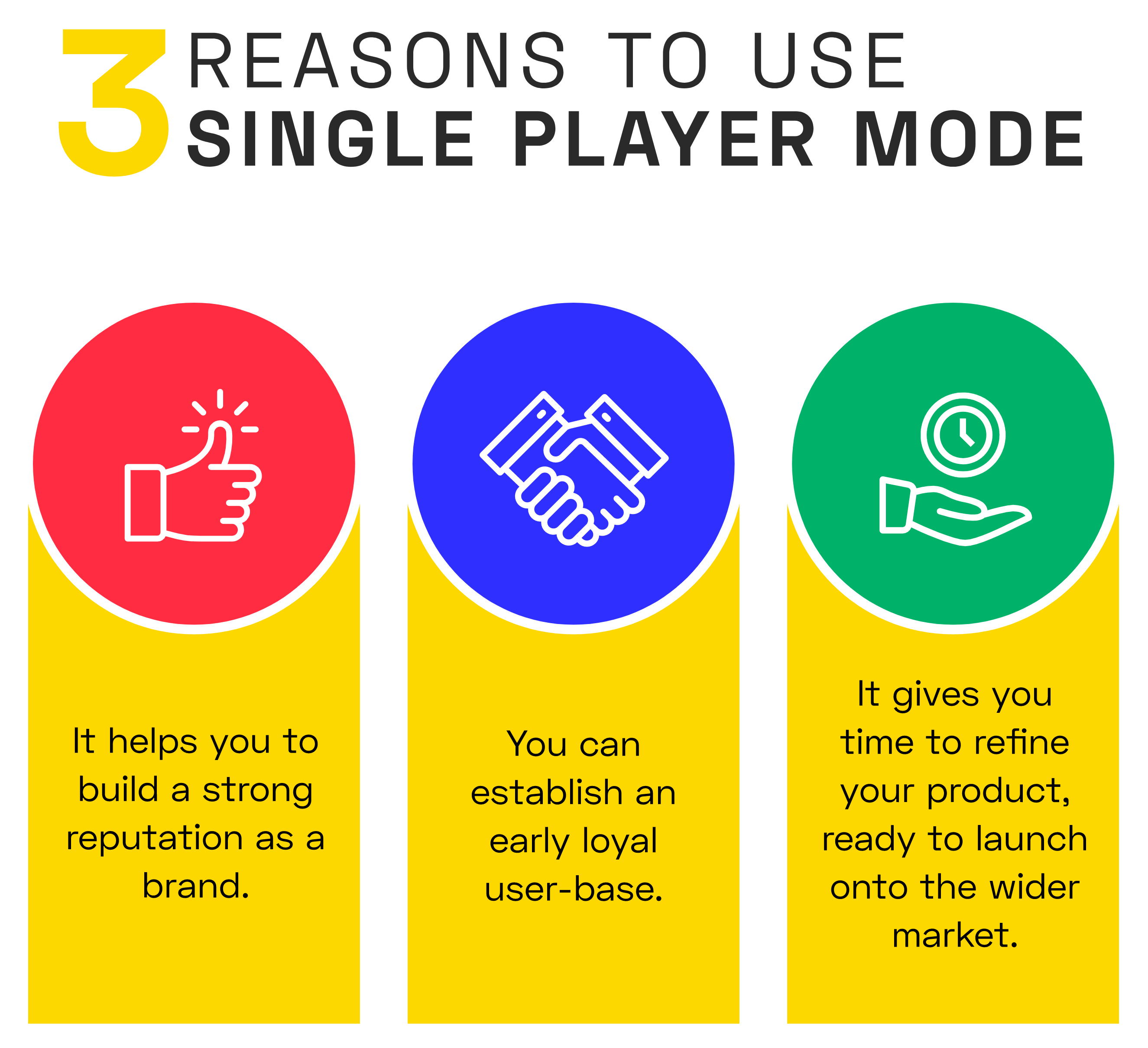 34% of the top 100 marketplaces began with some form of Single Player Mode. The most prominent example of these is Amazon.

Similar to ASOS and Toothpick, they began their book-selling business by enabling established brands and suppliers to sell their stock on the Amazon platform. Once Amazon had built a loyal customer base and established their reputation as a platform, they were in a better position to open up their platform to independent sellers selling used and new products.

Today, Amazon is forecasted to join the $1 trillion valuation club along with Apple and Microsoft.

Here’s a look at Amazon’s journey in action: If you’re interested in learning how payments can help you achieve marketplace liquidity, get in touch today!

Claas from Helpling on balancing liquidity

We sat down with Claas to find out how the Helpling gig economy platform tackled balancing liquidity. Here’s what he told us: 1. Can you give me a brief intro to Helpling? Sure. Helpling was founded in 2014 in Berlin by Benedikt Franke and Philip H...

Preventing financial crime is something all e-commerce firms need to be mindful of in today’s world. However, due to the way marketplaces operate, certain financial crime is particularly applicable to them. In this article, we discuss what can happe...

We spoke to tamme CEO and Co-Founder Gen George about how her AI-driven business is helping to balance and scale marketplaces all over the world Thanks for taking the time to speak to us today Gen! Can you start by telling us a little bit about tam...